Warning: Invalid argument supplied for foreach() in /home/forge/www.bptw.co.uk/wp-content/themes/bptw/template-parts/post/single/content-news.php on line 25

BPTW is delighted to announce that Chris Bath has been appointed as an equity partner at the practice. Having celebrated our 30th anniversary last year, his appointment continues the steps BPTW has been taking to grow and strengthen the practice as we to look to the future and to creating opportunities for the fantastic team here at BPTW.

Chris first joined the practice in 2002 before returning to university to complete his architectural studies. He re-joined BPTW in 2007 and since then has taken on a series of increasingly senior roles within the practice before his appointment in 2017 as Director, Architecture. His work has ranged from major regeneration schemes and new build residential developments in London, to large scale mixed-use masterplanning projects and a growing portfolio of work outside the M25. Key projects under Chris’ leadership include schemes such as Rochester Riverside, a 1,400 home mixed-use regeneration scheme in Medway, and prior to this the regeneration of Rectory Park, the development of The Junction, and a number of successful planning applications including Newhall, Cambridge House and Imperial Street.

We hope you will join us in wishing Chris every success in his new role. 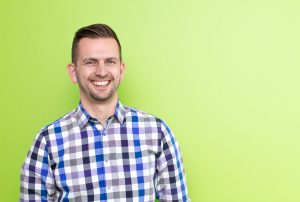