90 New Road is a new mixed-tenure neighbourhood providing 721 apartments, 38 houses and 12 maisonettes arranged around extensive landscaped spaces and public realm, with over 1000 sqm of commercial and retail spaces.

90 New Road marks BPTW’s largest single-phase detailed planning scheme to date and sees the regeneration of a vacant industrial brownfield site. With the proposed Beam Park railway station bordering the site and acting as a significant catalyst for development in the area, the scheme offers a contemporary take on the ‘metro-land’ concept, providing generous, modern homes that are integrated into green spaces, at a density that can sustain a vibrant community, and supported by the site’s improved transport links.

With a strong design driver seeking to maximise connections to all of its surrounding contexts, New Road is shaped by a sequence of four distinct character areas – the Civic Centre, the Railway Edge, the Residential Core and the New Road frontage. The creation of these character areas bring together both the area’s existing residential urban grain and the new developments which will soon border the site, while developing its own unique character. The result is a varied, yet organic journey through the scheme, where a shared material palette and key elements such as bronze metalwork detailing and portrait windows offer a sense of cohesion and organic dialogue between all of the character areas. Homes range from two to three-storey mews houses to 12 storey apartment blocks, all designed in response to their location within the scheme.

Placemaking principles are at the heart of BPTW’s design with the creation of a new local centre, a central hub forming a vital part of the area’s new identity. A generous public square is enclosed by the Civic Centre which provides ground floor commercial units, to animate the new public realm, drawing people up from the station and providing residents with valuable amenities within easy walking distance of their homes.

With pedestrian movement and activity taking precedence throughout the site, the majority of parking is hidden within a semi basement toward the south of the site. This has supported the provision of extensive green spaces for residents to enjoy including a Garden Square at the heart of the scheme offering space to rest, play, and exercise, drawing visitors further into the development, and creating a welcoming environment that promotes health, happiness, and wellbeing.

Following an initial approval for 90 New Road, BPTW secured an additional approval for the RTS Motors site, a former scrapyard which is being transformed into a high quality mixed-use development consisting of 54 new homes alongside 345 sqm of commercial space as part of the wider masterplan for the area. The development will also introduce a gateway building into the scheme, framing the approach to the proposed railway station, and will echo the design principles used across the New Road site.

"
“Rainham is a fast-growing destination given its proximity to London and we’re delighted to be bringing much-needed new homes to the area. With a focus on placemaking, we’ll be working with BPTW to deliver modern, generous homes surrounded by green spaces, cafes, restaurants and leisure facilities, creating a sense of community. This development has been in the pipeline for some time, and it’s great news that Havering Council have now approved our proposals which will enable us to provide new high-quality homes to suit a wide range of needs”
Richard Cook, Group Director of Development, Clarion Housing Group 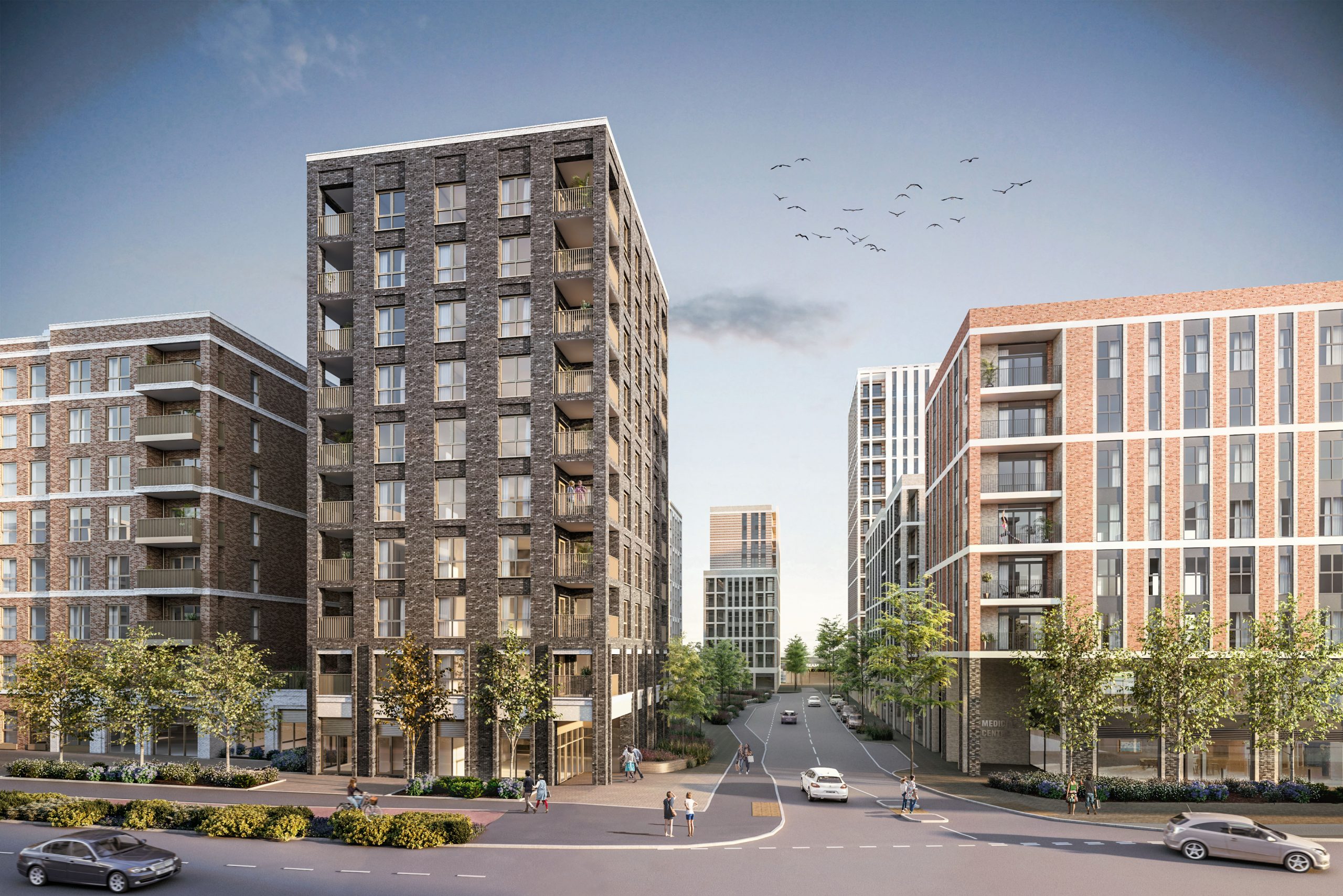 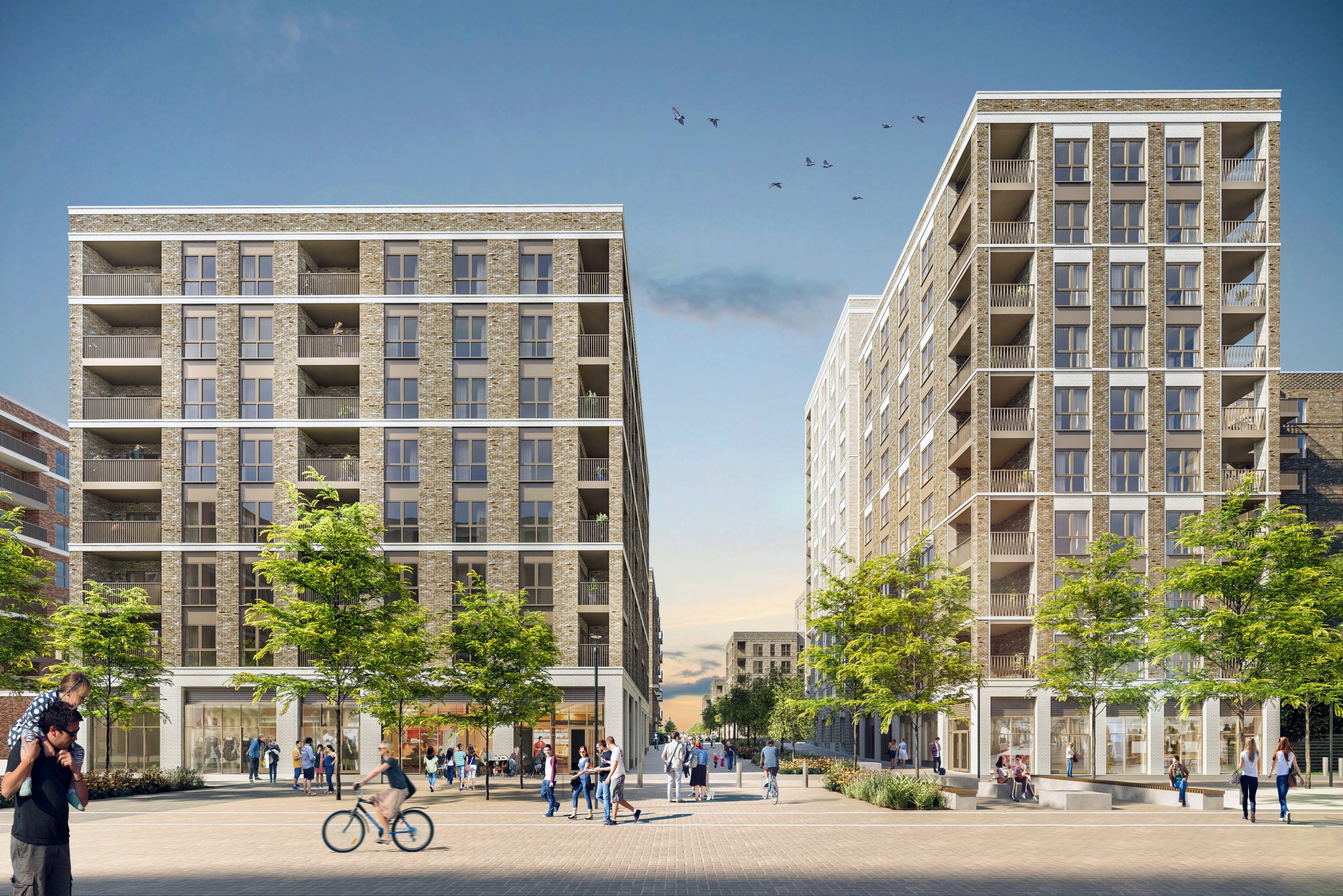 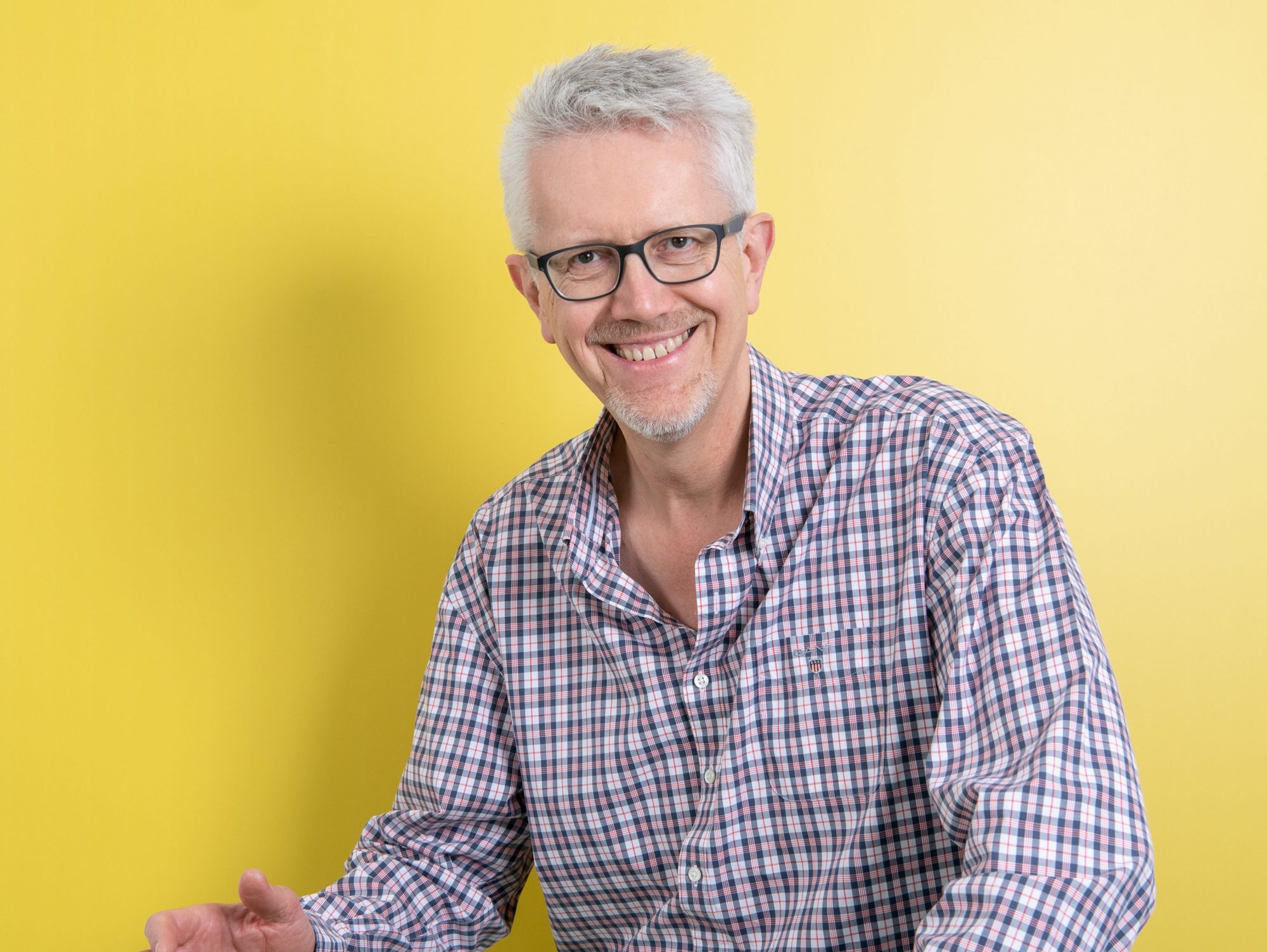 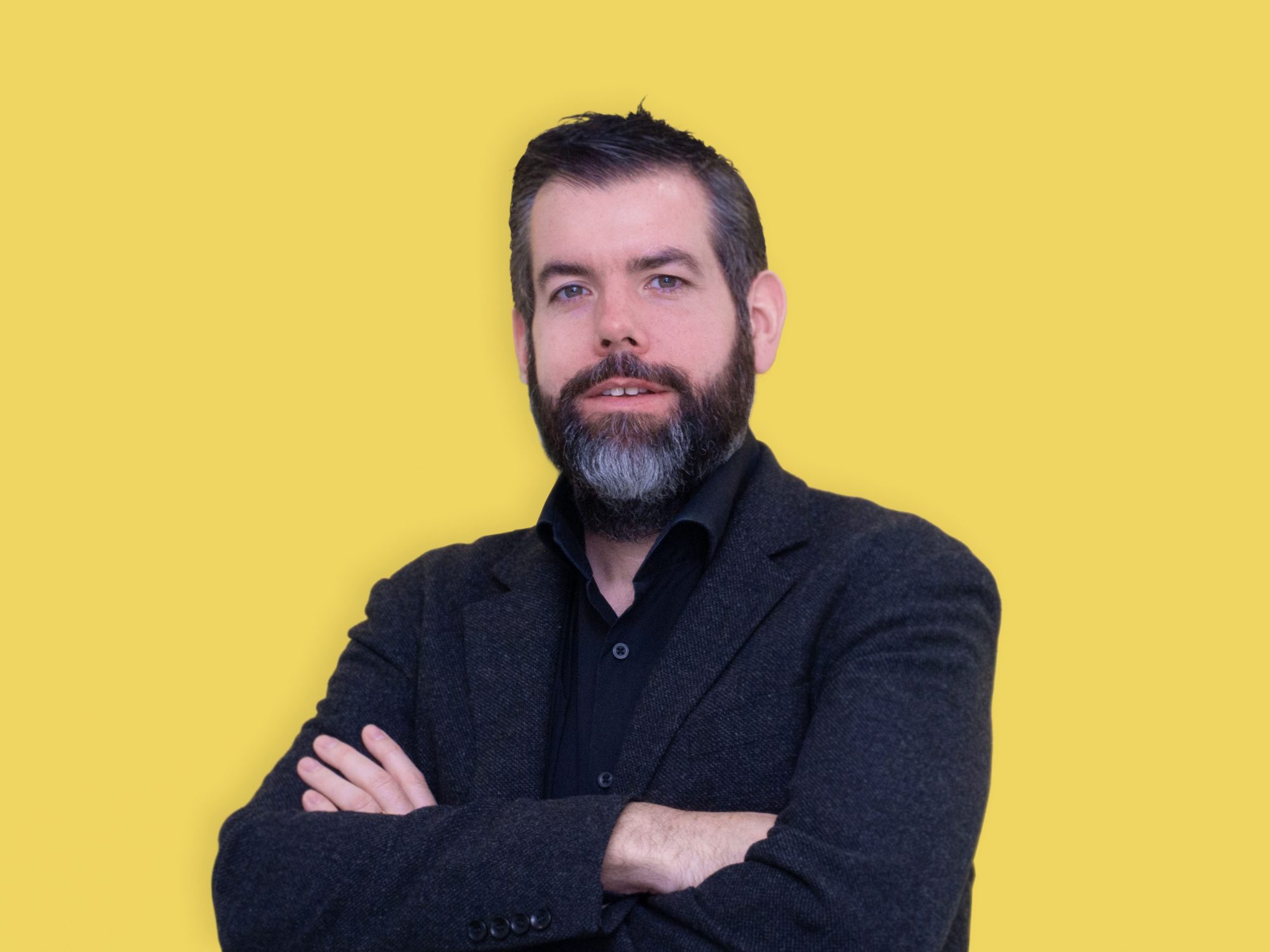 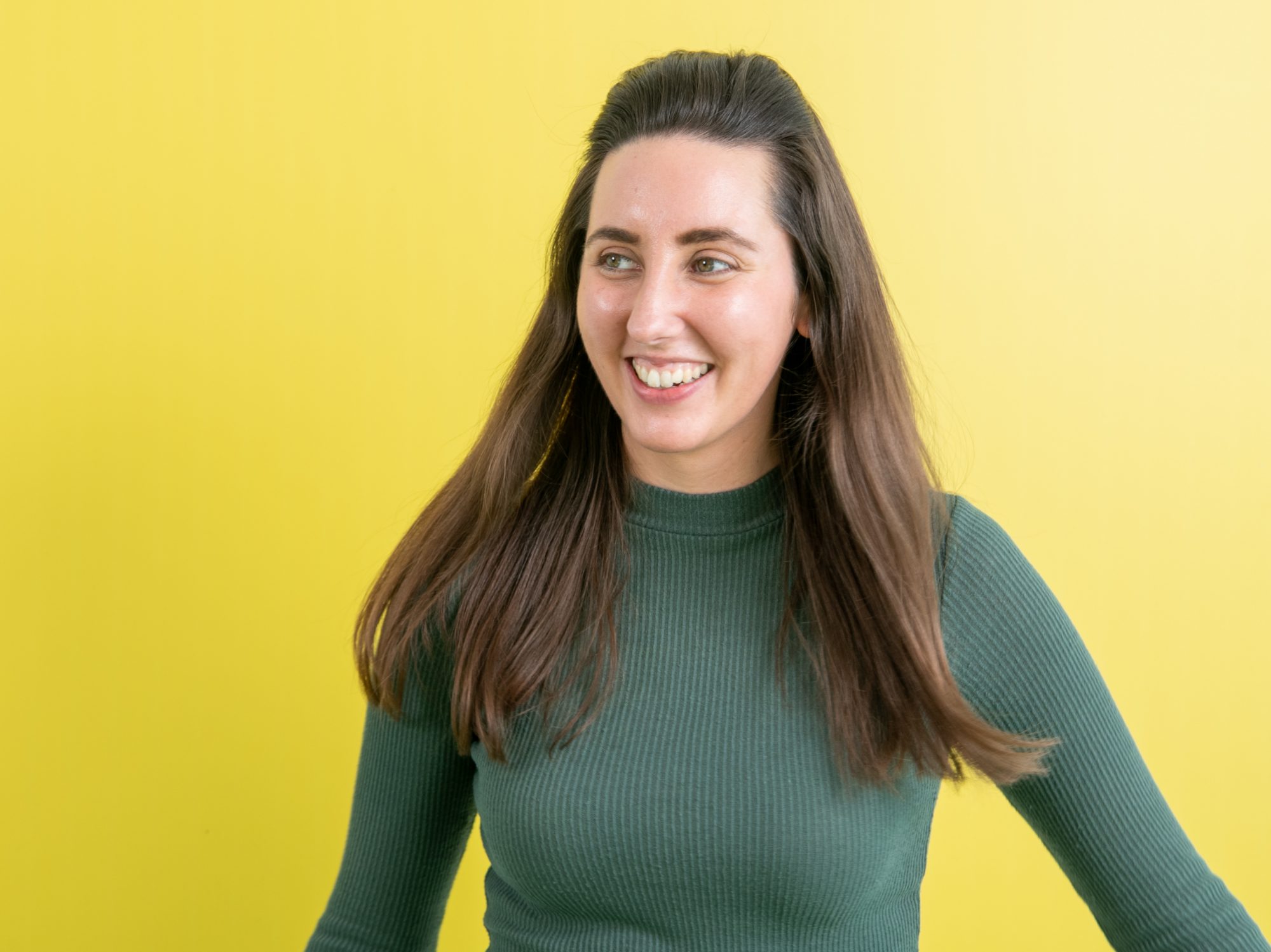 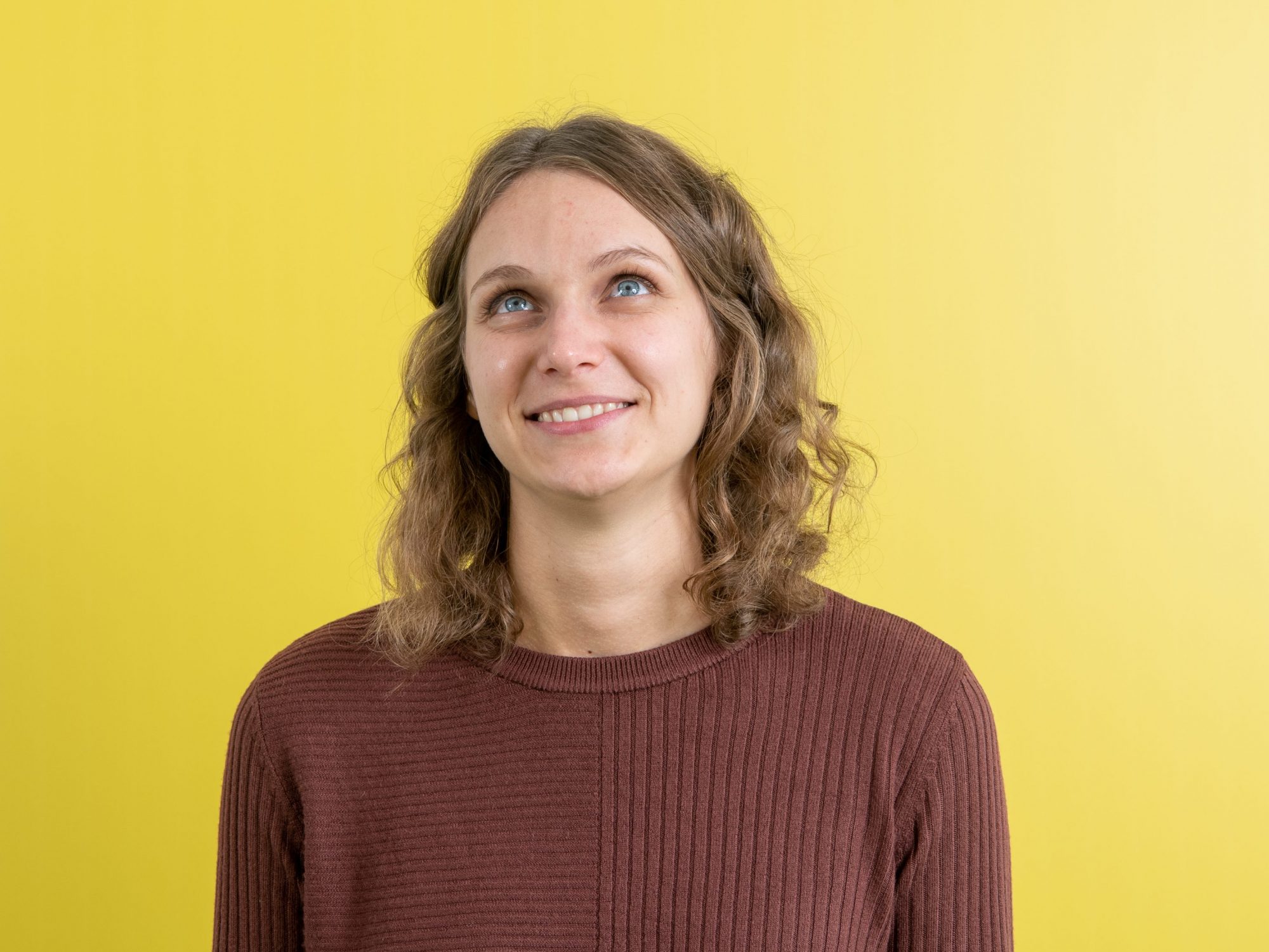 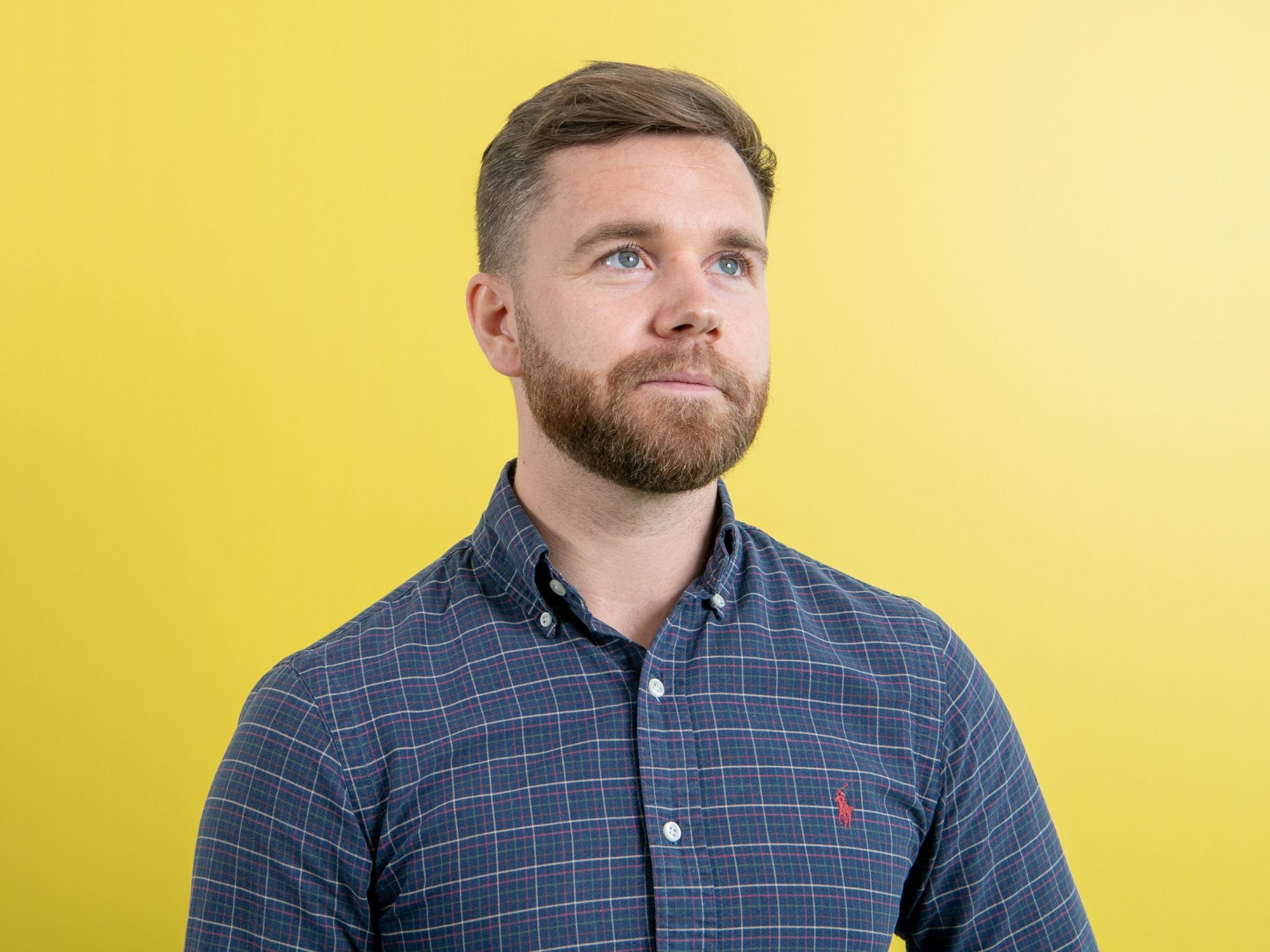 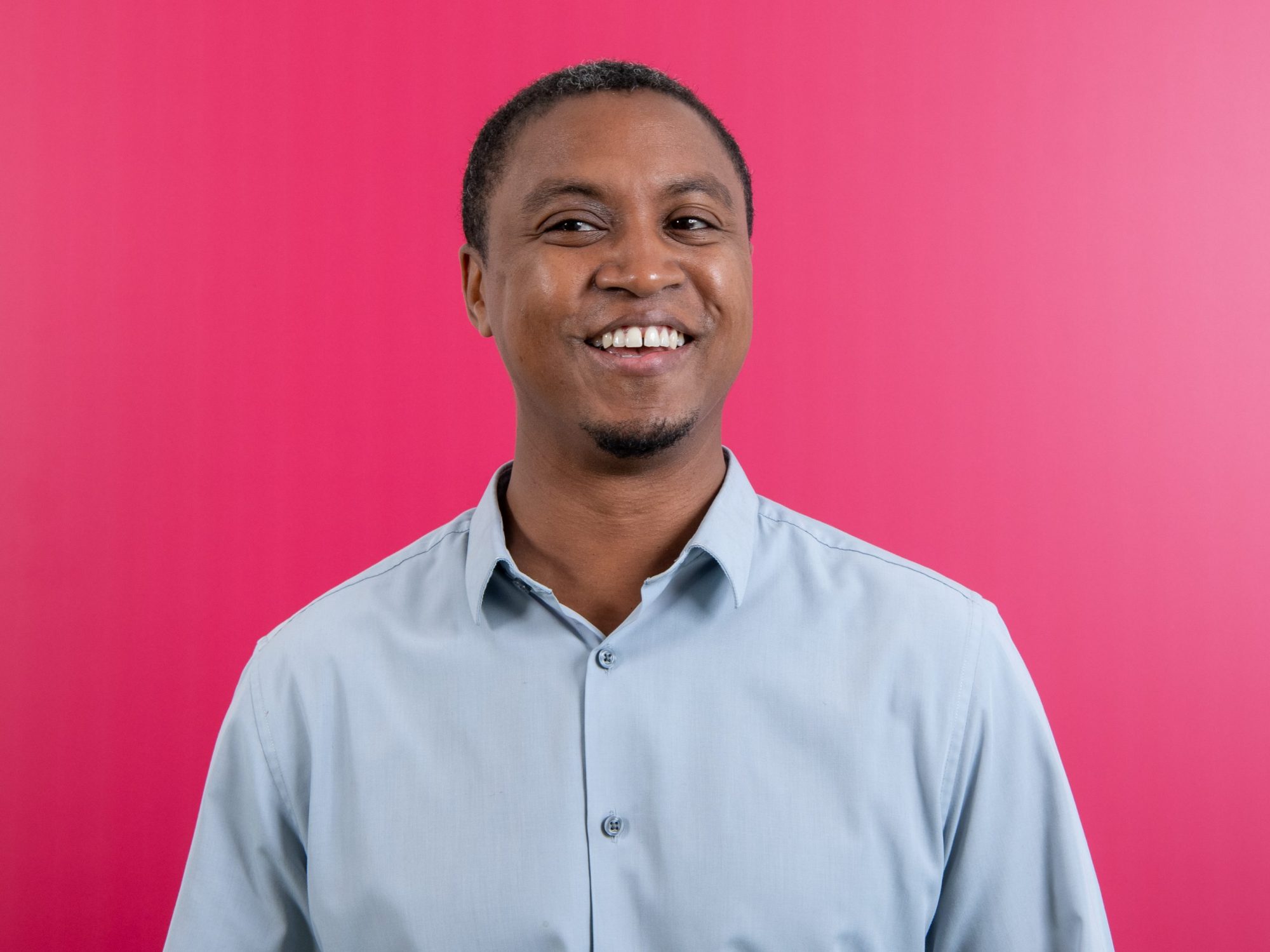 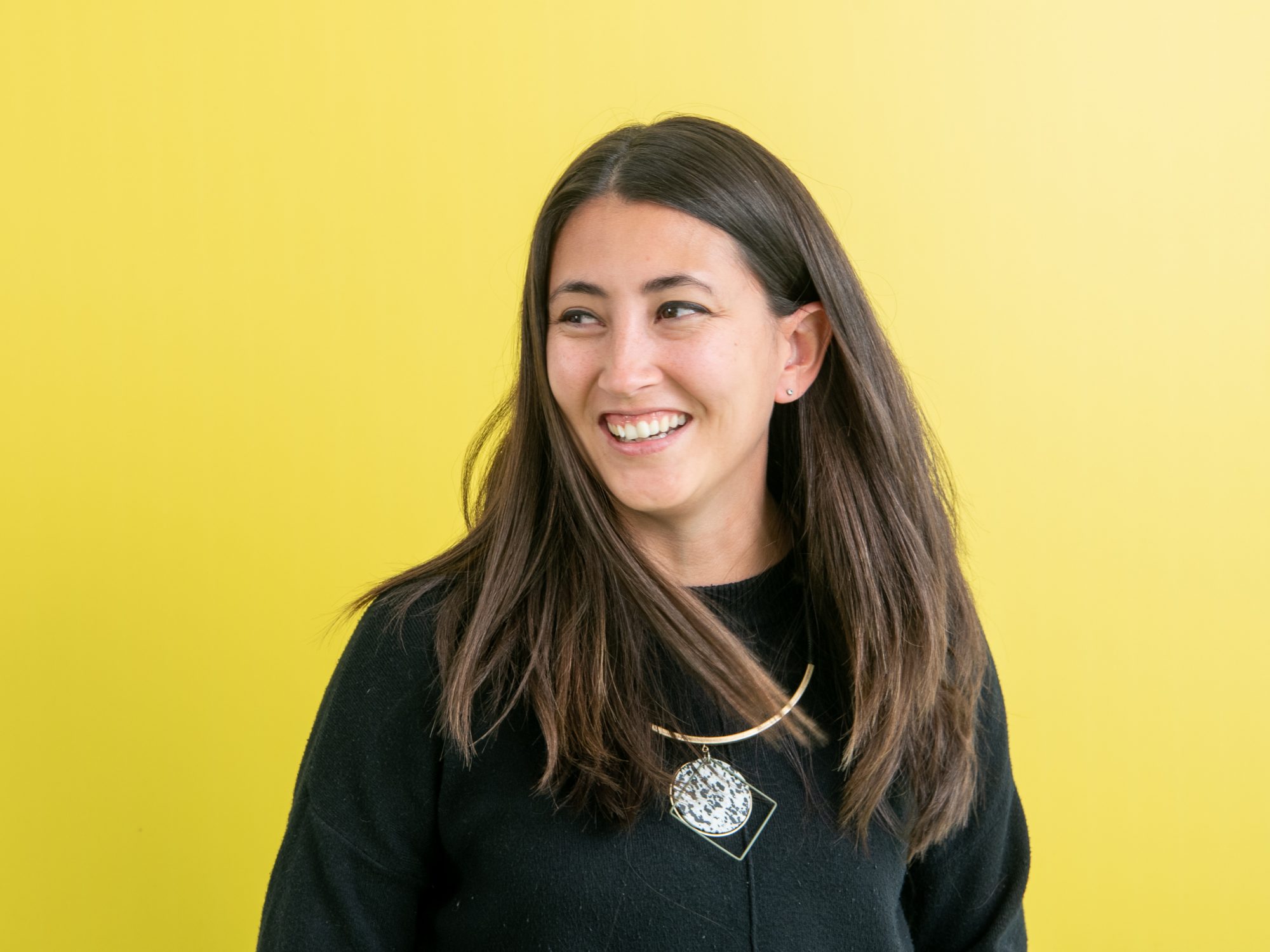 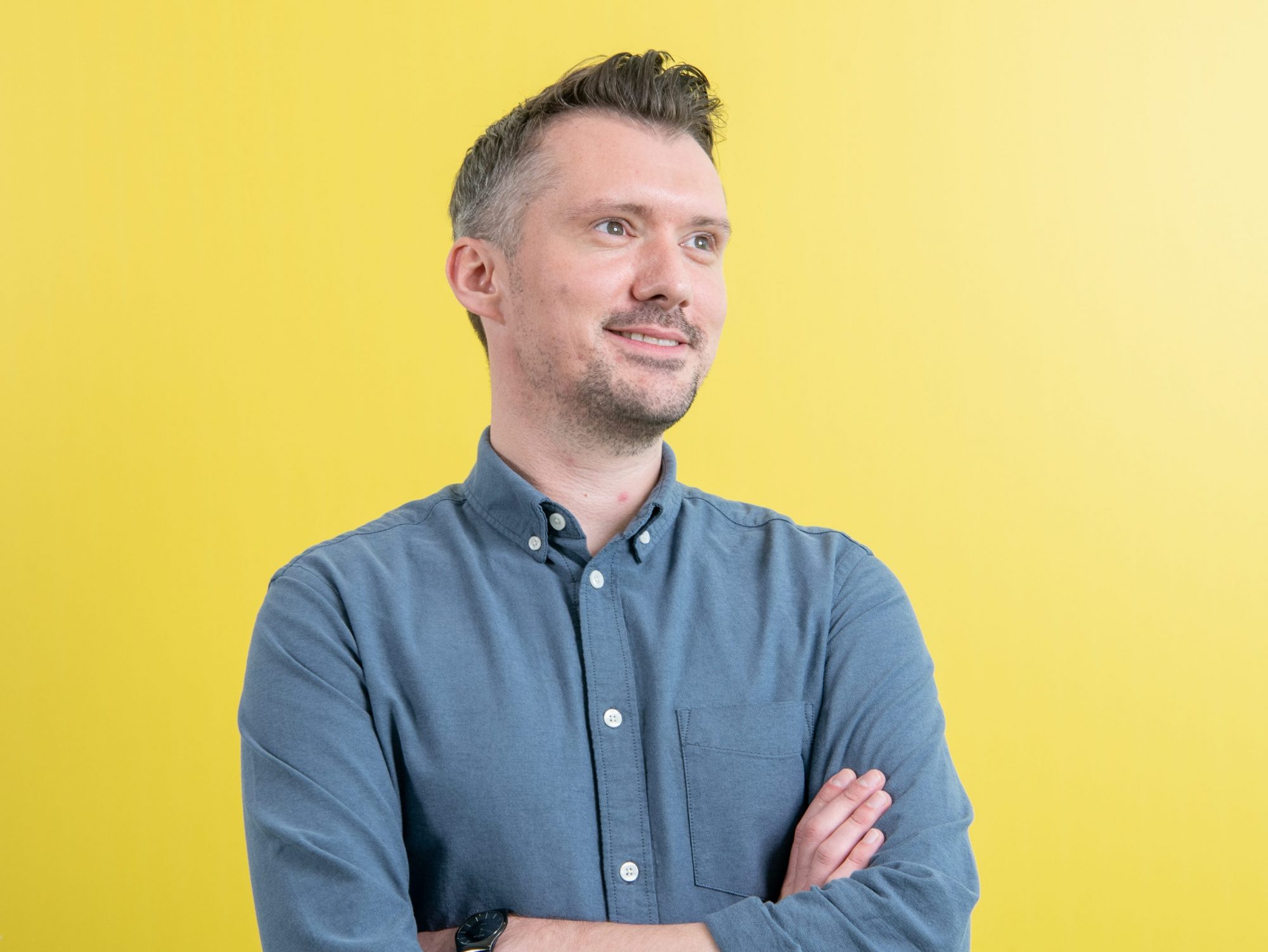