Approval for over 55’s affordable scheme in Gravesend, Kent

BPTW has secured planning permission for 48 new affordable homes at Valley Drive, the second phase of wider estate regeneration in Gravesend, for Gravesham Borough Council. Comprising two residential blocks, the scheme offers 16 general needs flats, alongside 32 independent living flats intended for over 55’s. Working in close collaboration with the Council, BPTW’s proposal forms part of a wider strategy to address the needs of an ageing population in Gravesend, many of whom struggle to remain in larger family homes but are often left with no option due to a lack of provision for downsizers.

Situated on the outskirts of the historic town of Gravesend, to the south of the Thames Estuary, the scheme’s inspiration stems from the rural, agricultural architecture typically found in the Kentish countryside bordering Gravesend’s suburbs. With the site’s existing residential blocks in very poor condition, BPTW has drawn upon this typology – traditionally characterised by informal courtyards, shaped by stables and stand-alone farm buildings – to expand the site’s current housing provision and deliver community orientated housing, clustered around shared spaces.

In the immediate surrounding area, the residential suburbs are also notably influenced by the Arts and Crafts movement, of which many characteristics are evident in the design of the initial phase of the Valley Drive complex. With the area undergoing rapid change and development to accommodate the aging community – including BPTW’s work on up to 200 homes across Gravesham Borough Council’s entire programme – this phase of Valley Drive forms a careful response to both the existing environment and Gravesham’s ever-evolving context. By delivering a contemporary take on the historic references of the Arts and Crafts movement the scheme achieves a sense of continuity between the site and the established local character, while offering something new for the future.

Praised at committee as ‘a very good example of a well thought out proposal of high-quality design’, the scheme’s well-mannered response to the adjacent semi-detached, mainly 2-storey homes, sees it emulate these in height, with the addition of one 3 storey wing in the independent housing block. Referencing the traditional roofs typically found in the area, a gently varied pitched roofscape brings these blocks together, with flat roofs over the stairs and lifts subtly dividing the building form. Comprising 1-bed flats, all homes in the independent flat block have a dual or triple aspect and generous internal layouts, with some including an additional study or loft room, while the smaller general needs block is made up of 16, 1, 2 and 3-bedroom flats. Across the scheme, every flat benefits from private outdoor space, and features either its own garden or balcony.

“Throughout the design process we have built up a strong partnership with Gravesham Borough Council which has been based on an in-depth understanding of local need and a focus on delivering high quality affordable housing for the borough. At Valley Drive, and on our other schemes, we have worked closely with the council to develop different types of homes which can be used across other sites in the area, ensuring homes are well-integrated into their setting. We are thrilled to secure this latest approval and look forward to continuing to work with the council to create great homes and communities.” 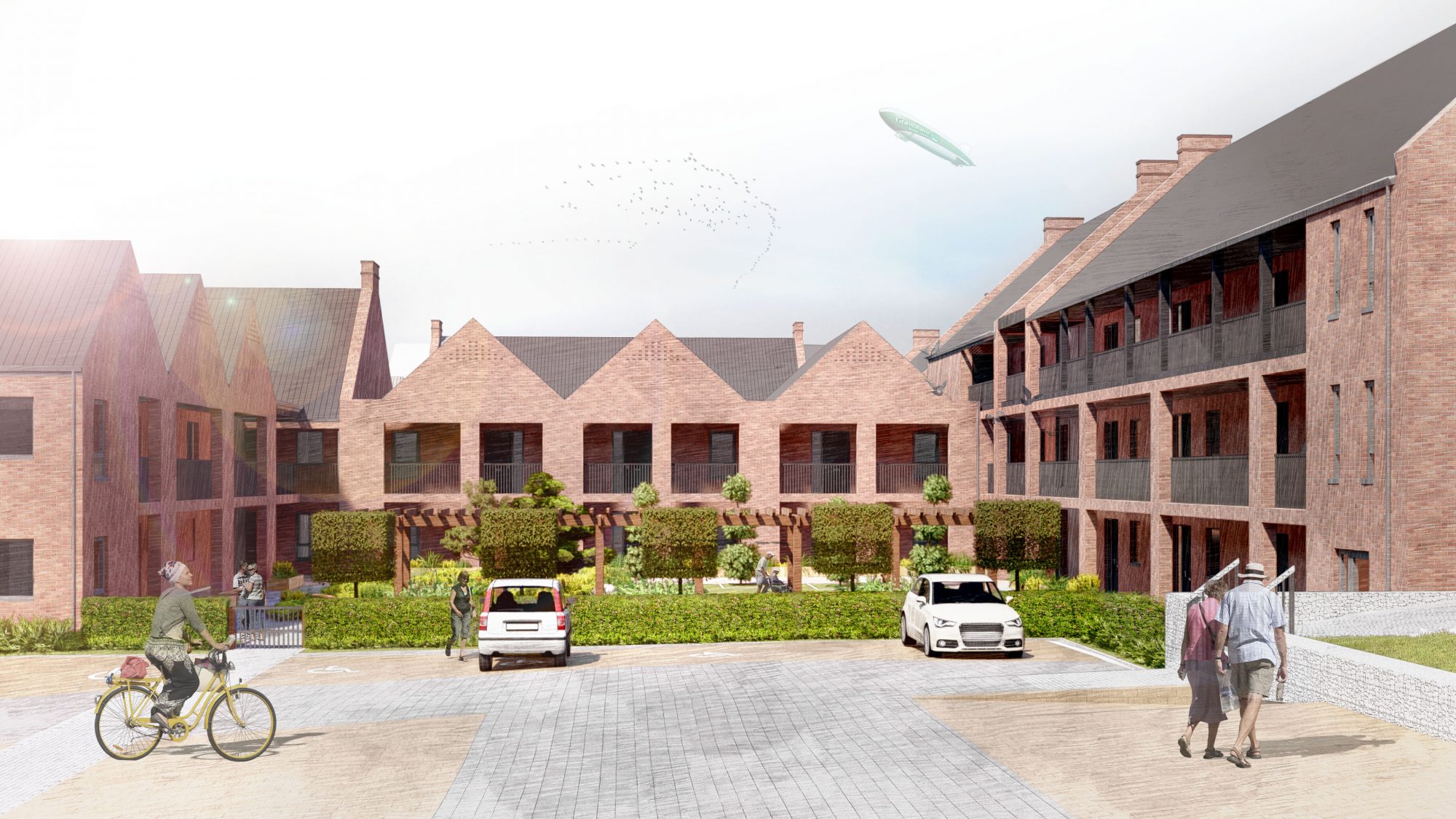